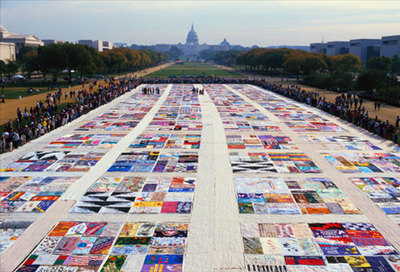 In the eighties and nineties, as AIDS ravaged the United States gay community, the AIDS Memorial Quilt was born out of a public battle for treatment and understanding. The Last One is a feature-length documentary tracing its history as an international art project and the role it continues to play as a response to a disease that still imperils vulnerable communities around the world.

This film is the second installment of a series in coordination with Tacoma Art Museum for their Art AIDS America exhibition that takes place October 3 through January 10.  The third and final film will screen at The Grand Cinema on December 10 (film TBD).