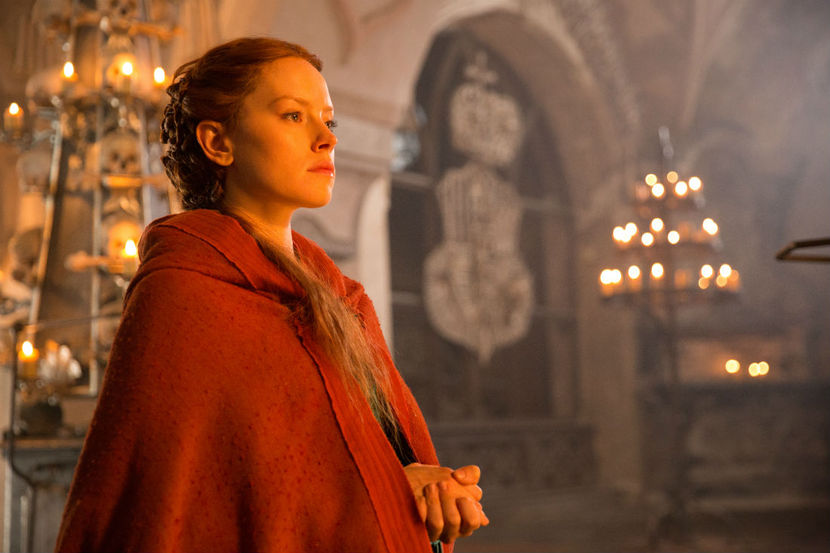 Something is rotten in medieval-era Denmark, where political intrigue swirls around the imperial court like dark magic. Amid it all, the queen's brightest lady-in-waiting, Ophelia, finds herself drawn to Hamlet, the charismatic and elusive crown prince. As their secretive love affair takes flight, betrayal strikes the court, threatening to derail their union and devastate the royal family for good. Caught between her desires and her loyalty, Ophelia has to decide where her devotion will ultimately lie. A re-imagining of Hamlet, told from Ophelia's perspective. Based on the novel by Lisa Klein.

Join us for a Skype Q&A in-theater after the 1:00 p.m. screening with author Lisa Klein. Lisa Klein, a former English professor, is the author of five historical novels for teens. "Ophelia," a reimagining of "Hamlet," was her first book. "Lady Macbeth's Daughter" and "Love Disguised" are also inspired by Shakespeare. She and her husband have two grown sons and live in Columbus, Ohio. Visit her website at authorlisaklein.com.

Join us for a discussion following the 6:30 p.m. screening with Emily Rome. A Washington state native, Emily Rome has written about film and television for such publications as the Los Angeles Times, Entertainment Weekly, and The Hollywood Reporter.