Members Only: A Hologram for the King Advanced Screening 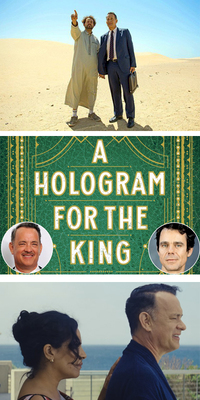 In 2012 novelist Dave Eggers wrote the novel A Hologram for a King, which became a National Book Award finalist. A film adaptation of the book, starring Tom Hanks and directed by Tom Tykwer, is opening at The Grand on Friday, April 22, but members have a chance to see it a day early.

We were lucky enough to receive permission to do a preview screening of the film, A Hologram for the King, on Thursday, April 21, a day before the film opens nationally. This early screening will be at 7:00 p.m. and be for MEMBERS ONLY. Tickets are available for purchase at our box office or online.

(Member ticket prices can only be redeemed with valid member ID at the box office. Look for the film's full schedule on Monday, April 18.)