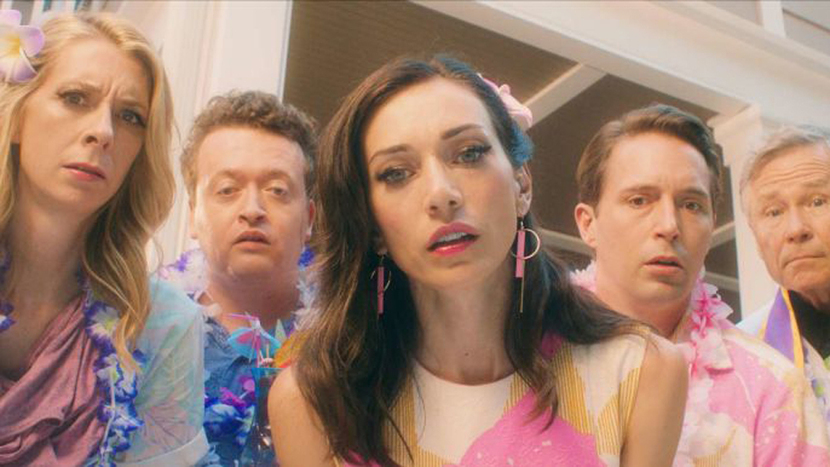 Head to Tacoma's oldest cinema, the historic Blue Mouse Theatre, for a Tacoma Film Festival feature perfect for a Friday night out. Don't miss this once-a-year indie film event in the Proctor District!

In a day-glo-colored, bizarro version of suburbia where adults wear braces on their already-straight teeth, everyone drives golf carts, and children magically turn into golden retrievers, soccer moms and best friends Jill (Jocelyn DeBoer) and Lisa (Dawn Luebbe) are locked in a passive aggressive battle-of-the-wills that takes a turn into the sinister when Lisa begins systematically taking over every aspect of Jill’s life—starting with her newborn daughter. Meanwhile, a psycho yoga teacher killer is on the loose, Jill’s husband (Beck Bennett) has developed a curious taste for pool water, and Lisa is pregnant with a soccer ball. That’s just the tip of the gloriously weird iceberg that is the feature debut from writers-directors Jocelyn DeBoer and Dawn Luebbe, a hilariously demented, Stepford Wives-on-acid satire destined to be an instant cult classic.

"In this satire of middle-class envy, [directors] Jocelyn DeBoer and Dawn Luebbe have conceived a place of almost inexhaustible satire potential—where, in a refreshing break from the age of raunchy R-rated comedy, the jokes are certified 99% clean. GREENER GRASS doesn’t need to stoop low to undermine these well-to-do WASPs’ sense of propriety, finding more than enough material raising such questions as: Is it possible to be too polite to your neighbors? Can a well-behaved child ever be too obedient? And can one’s teeth ever be too straight?

"Like a mid-century sitcom gone terribly awry, or the ultimate queering of Emily Post’s rules of etiquette, GREENER GRASS doesn’t tolerate rudeness, but finds endless inspiration in the ways well-meaning people go out of their way not to offend—as when homeroom teacher Miss Human (scene-stealer D’Arcy Carden of The Good Place) tries to accommodate Julian, post-transformation, or in the scene where Jill attempts to ask for her baby back, choosing her words carefully: 'I don’t want to be a Native American giver…' Though the overall goal appears to be silliness, not social commentary, that particular gag is a clue to something deeper that the film can explore, painting an image of political correctness taken to an extreme." — Peter Debruge, Variety 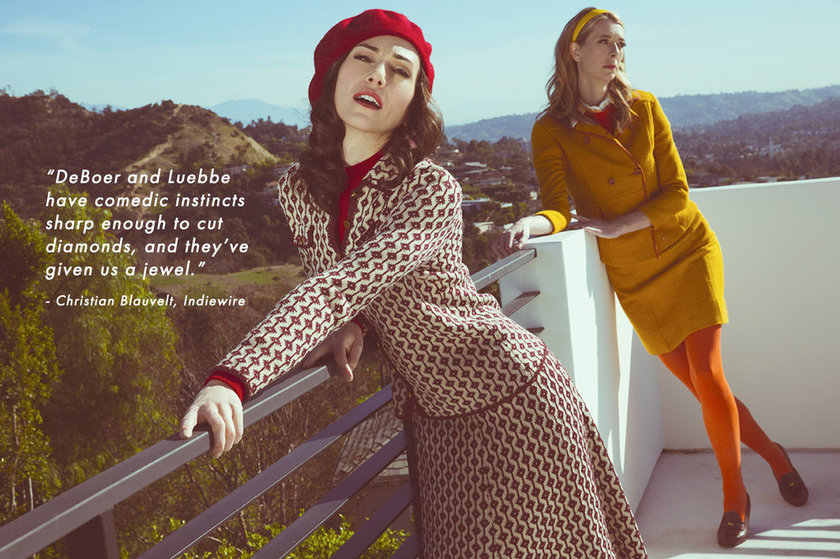 Jocelyn DeBoer and Dawn Luebbe are an award-winning writing and directing team based in Los Angeles. Both veteran performers at The Upright Citizens Brigade Theatre, Jocelyn and Dawn partnered in 2015 and formed Gulp Splash Productions. Their first feature, GREENER GRASS, premiered at the 2019 Sundance Film Festival and was recently acquired by IFC Midnight. They wrote, directed, and co-star in the film alongside Beck Bennett (SNL), Neil Casey (Ghostbusters), Mary Holland (Veep), and D’Arcy Carden (The Good Place).

Jocelyn and Dawn recently directed two episodes of TruTV’s Adam Ruins Everything. They have written and produced three short films which have appeared in over 70 film festivals worldwide. They won “Best Direction” for their short, The Arrival at Funcinema Crítica de Cine in Argentina. The Arrival also was named “Best International Short Film” at the Roma International Short Film Festival, “Best Short Film” in the Lounge Comedy Shorts program at the The Napa Valley Film Festival, “Best Comedy” at the Way Down Film Festival in Georgia, and the Audience Award at The Chicago Critics Film Festival.