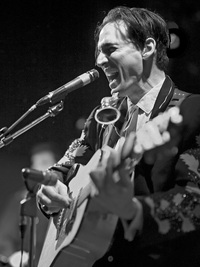 Join us for a film event celebrating country music history with a live music performance and film screening followed by a Q&A with the film's director at The Grand Cinema.

Catch a one-day only screening of The Winding Stream, a Tuesday Film Series selection chronicling the history of country music as influenced by the Carter Family and The Cashes.

Opening the event, Petunia from Petunia and the Vipers will sing Carter Family songs in a live music performance.

The film's director, Beth Harrington, will join us in theater for a Q & A session following the film. Bring your questions for Beth, and hear insider info behind the making of this music documentary.