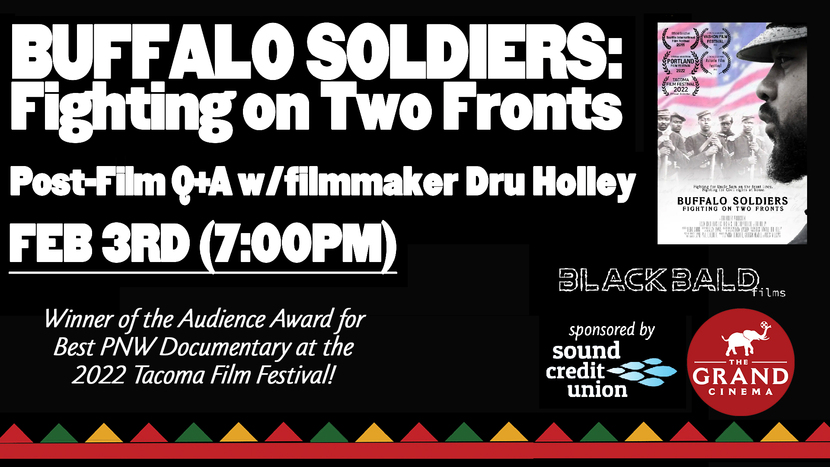 The Winner of TFF 2022's Audience award for best PNW documentary returns to The Grand Cinema!

Established by Congress in 1867, Many African American men enlisted in exchange for full citizenship as promised by the 14th Amendment, but were denied this right by the Jim Crow laws established in the Reconstructionist South. In spite of that, these patriotic men helped lead the United States expansion westward; they built and guarded the Pacific Railroad and served as park rangers in places like Yosemite before the U.S. government established the National Park Service.

These African American soldiers fought bravely in the Indian Wars, the Spanish-American War, the Philippine-American War, the Mexican Punitive Expedition, World War I & World War II, but the Buffalo Soldiers also participated in the subjugation of Native peoples as the United States appropriated tribal land, the persecution of striking silver miners in Idaho, and against Filipinos fighting for independence during the Spanish-American War, resulting in a complicated legacy.

It is particularly relevant today as our country is roiling with the agony of racial strife. By combining a multitude of diverse perspectives, the film examines the profound and often-contradictory roles played in American history by The Buffalo Soldiers, and how they fought on two very different sets of front lines: military conflicts abroad and civil rights struggles at home.

Stick around after for a post-film Q&A with filmmaker Dru Holley and George Newbill of The Buffalo Soldiers of Seattle! More details to come, stay tuned! 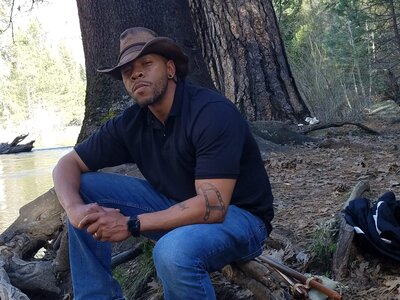 Dru Holley is a director and producer who is passionate about producing inspiring stories that empower viewers to re-think broken systems. Dru is motivated to highlight the stories of marginalized groups whose experiences can help shape conversation for solutions and illuminate the truth of the past.

He recently collaborated on the development of four short-form episodes on the past, present, and future of the Albina Vision Project in Oregon, and is now in pre-pre-production on the documentary, Exonerated. Buffalo Soldiers: Fighting on Two Fronts is his feature directorial debut.

More About Buffalo Soldiers of Seattle:

Our Mission is to preserve accomplishments made by the brave African American Troops of the original US Army regiments, The mounted Cavalry of the 9th and 10th Cavalry and 24th and 25th Infantries, that helped settle the West. Their contributions have been, in many cases, omitted from the history books or minimized. This has resulted in a lost legacy that we aim to preserve.

As we interact with communities and youth, Our Purpose is to inform and expand their horizons to show that life is far more than what is in front of us and create meaningful avenues and connections that change lives.

Our Goal is to be a positive change agent in the community. We welcome inclusion, fair equity, and advocate for diversity. We also support many causes and communities in the Northwest including the USO, GEM Program, and Renton School District to name a few.