A Crime on the Bayou Post-Film Discussion


Join us on Tuesday, April 12th following the 7:00PM screening of A Crime on the Bayou for a post-film discussion / Q+A with one of the attorneys in the film: Armand Derfner. 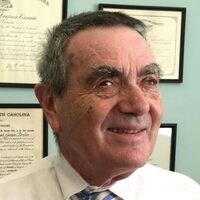 More about Armand: Armand Derfner, a graduate of Princeton University and Yale Law School, has been a civil rights lawyer in Mississippi, South Carolina and Washington D.C. for more than a half century. As part of that work, he helped shape the Voting Rights Act in a series of major Supreme Court cases and in work with Congress to help draft voting rights and other civil rights laws. He has been counsel for, among others, the NAACP Legal Defense Fund, American Civil Liberties Union (ACLU), and the Mexican American Legal Defense and Educational Fund, and helped desegregate university systems and legislatures across the South. He is also the co-author of Justice Deferred: Race and the Supreme Court.